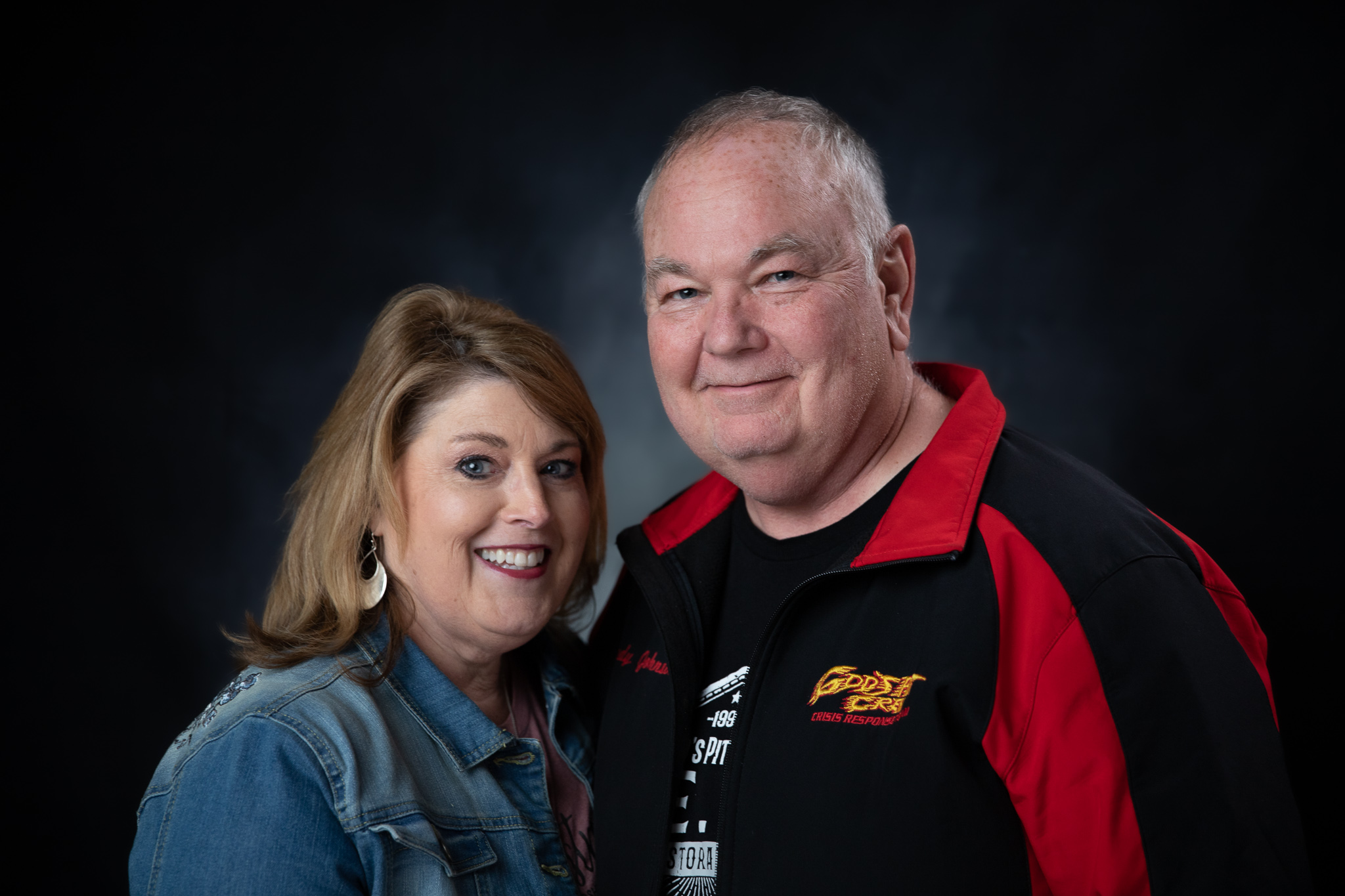 Many years ago, Randy Johnson stood at an altar and felt the call of God to do more than occupy a pew. He had spent years as a successful small business owner, but knew there was a higher calling on his life. At the altar of his local church, he stood before God and said, “Here I am Lord. If you can use me, use me.”

It was just a few weeks later that a series of devastating tornadoes struck Oklahoma. Moved to action, Randy and Terri found themselves coordinating an effort to go and help those affected by this tragedy.

With an assembled crew, some borrowed trucks and trailers, and a determined spirit, they embarked on a journey that developed into what is now known as God’s Pit Crew. Over the years, God has allowed GPC to grow into one of the most organized and efficient teams in the world of benevolence and disaster relief.

Randy and his wife, Terri, have traveled around the world sharing about what God has done in their lives and through God’s Pit Crew. They have 4 children and reside in Danville, Virginia.