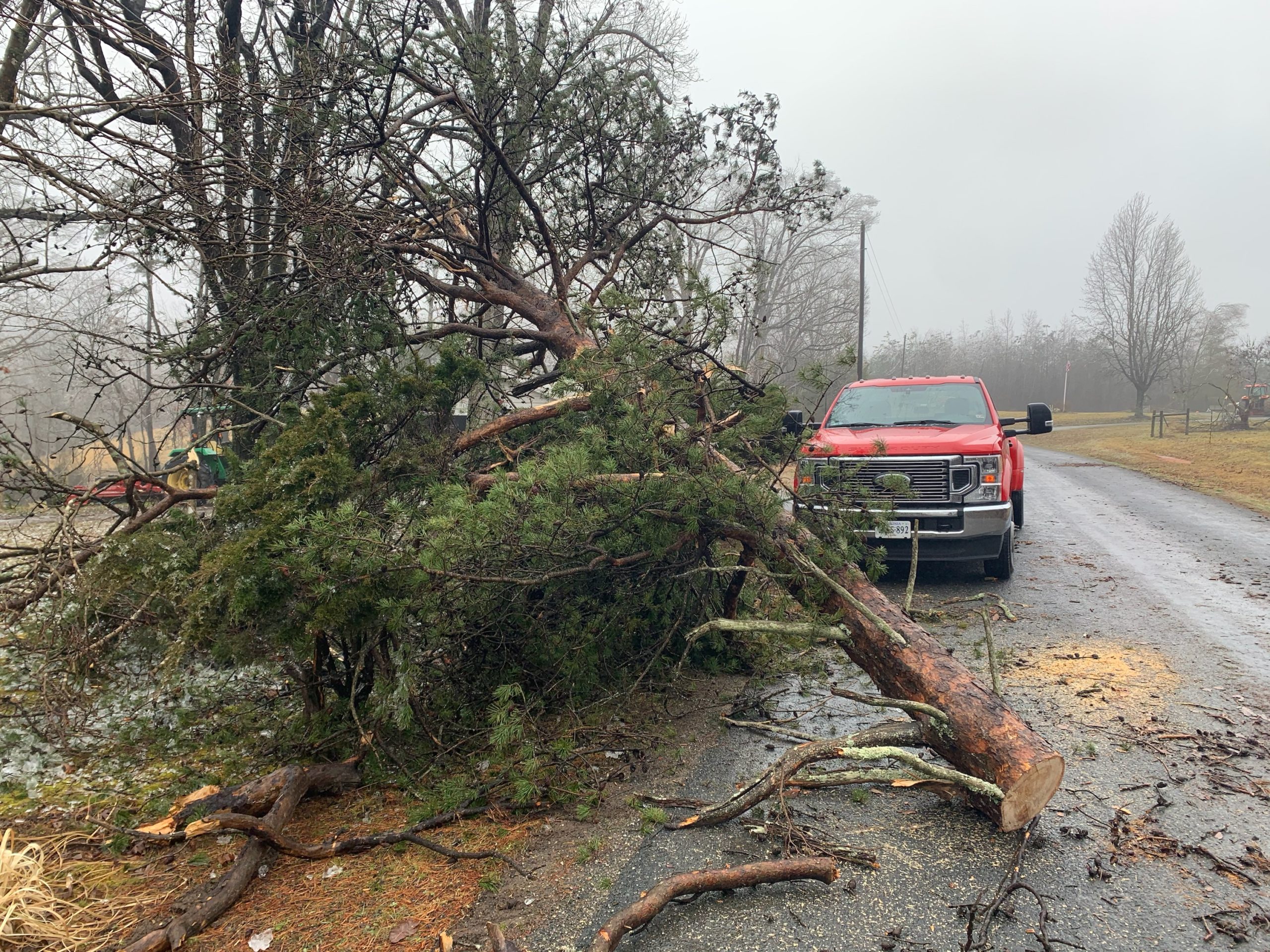 DANVILLE, VA- 02/15/21: God’s Pit Crew will be responding to Charlotte Court House, Virginia, which was heavily impacted during this weekend’s winter storm. The storm brought an inch of ice, which has caused a large number of downed trees and limbs, as well as widespread power outages. Volunteers with the Immediate Response Team will deploy on Tuesday, February 16, to head to Charlotte Court House and begin cutting down fallen trees and clearing debris. Chris Chiles, immediate response coordinator for God’s Pit Crew has been on the ground assessing the needs of the community. “I met with the emergency response manager and administrator for the county and they say that thousands of trees are down in the area, and power won’t be restored for weeks. They received nearly an inch of ice, which has impacted the power lines and trees,” said Chiles.

God’s Pit Crew has also worked this weekend in their own community with cutting down fallen trees and clearing debris. In addition to sending the team of volunteers, water and other supplies were sent to Charlotte Court House to help individuals who do not have power. With financial support, GPC can have the trucks and equipment filled and ready to travel to where the greatest needs are as soon as the storm dissolves, providing supplies or an immediate response team. Visit godspitcrew.org to learn more about God’s Pit Crew’s response, their mission, and all the ways people can make a difference and get involved.